What is Vermont’s new Marijuana law all about? What does it say? Check out ACT’s informational series on Act 86.

Disclaimer: This series is not legal advice. It is purely for informational purposes regarding Act 86, a Vermont bill that pertains only to Vermont, and has no bearing on federal law. 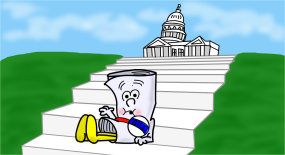 Legal? – In our first week we try and answer the question: Does Act 86 really legalize marijuana in Vermont?

What is Marijuana?– In our second week we dive into the State of Vermont’s definition of “Marijuana.” What qualifies and what doesn’t?

How much Marijuana can you have in Vermont?– Now we dive into the nitty gritty of Act 86. We take a look at limits of personal possession put forth by Vermont, and what can happen should you overstep those limits.

How much Marijuana can you grow in Vermont?– As Act 86 doesn’t provide a legal framework for retail marijuana, this week we look at Vermont’s limits to personal cultivation of marijuana.

Where Can You Consume Marijuana in Vermont?– Will marijuana be like tobacco, or will it be like alcohol? This week we look at Vermont limitations to marijuana consumption.

Marijuana Concentrates in Vermont– Concentrated marijuana products are on the rise. This week we look at what marijuana concentrates are, and what Vermont says about manufacturing your own.

Landlords and Bosses – We have an idea of what Act 86 says about personal marijuana matters, but what does it say about landlords and your boss?

Underage Possession – This week we look at what happens when someone under 21 gets their hands on marijuana and dive into what the Youth Substance Abuse Safety Program is.

Dispensing to Youth, Criminal Penalties – One of the main focuses of Act 86 is preventing youth and underage persons from getting their hands on marijuana as the restrictions relax. This week we look at the differing severity of penalties someone could receive for providing marijuana to minors.

Marijuana and Motor Vehicles  – Did you know that Act 86 started as a transportation bill? So how did it morph into a marijuana bill? And where can you possess marijuana in your car?

Marijuana and Motor Vehicles pt. II – Driving under the influence.

Marijuana and Motor Vehicles pt. III – Baby on board and why consuming tobacco or marijuana products in the car with a child present is a big no no.

Child Care Facilities – So far this series has covered marijuana at home, in public, in the car, but what about at your local daycare?

Show Me the Money – Mishandling marijuana in Vermont can still lead to fines and penalties. Ever wonder where that money goes?